You are here: Home / About / Our Team 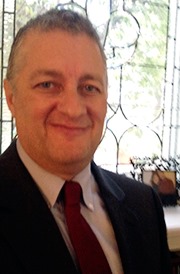 Building on over 20 years of success as a professional translator, educator, and musician, complete native command of Spanish and English and multifaceted professional experience in the US and Latin America, Dr. Davis brings superb skills and depth of understanding to the work of Interfluency Translation+Culture. He is an American Translators Association (ATA) Certified Translator (English>Spanish), a Certified Interpreter (English<>Spanish) for the TN & KY Courts, and a world-class conference interpreter whose assignments have included Nobel Peace Laureate Rigoberta Menchu Tum, theologian Dr. Ada María Isasi-Díaz, César Chávez former collaborator Dolores Huerta, the late novelist Julio Cortázar, linguist Noam Chomsky, journalist David Bacon, and many others. A holder of the doctorate from Johns Hopkins University and advanced degrees and certificates from Hopkins, Columbia University, and the University of Buenos Aires, Dr. Davis has intimate knowledge of the legal, medical, business, and educational worlds. He has taught Latin American and comparative US-Latin American history and culture, as well as Spanish, at institutions including the University of Virginia, George Washington University, Franklin and Marshall College, and the University of Memphis. He was a charter member of the Virginia Latino Advisory Commission named by the Governor of Virginia in 2003, and a former executive director of Latino Memphis, Inc., and serves as Vice-Chair of the Board of National Hispanic Professional Organization, Memphis Chapter. 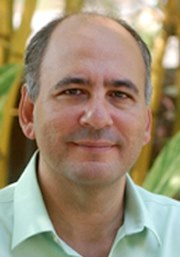 A worldwide authority on the Spanish Caribbean, Dr. Martínez-Fernández (Ph.D., Duke University) specializes in modern Latin American history and culture at the University of Central Florida. The nationally televised special “Viva! Top 20 Powerbrokers” featured him in 2002 among the nation’s most influential Hispanic/Latino leaders. His views have appeared in the Wall Street Journal, N.Y. Times, London Financial Times, and other media. 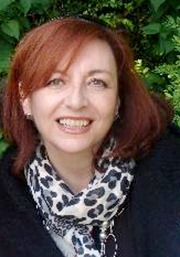 A versatile and highly skilled translator between English and Spanish, Isabel Murillo has 20 years of high-level experience as a translator specializing in the business, psychology, and literary fields. She has over a decade’s experience in corporate marketing for Hewlett Packard. She has translated nearly 200 books in a range of fields. Ms. Murillo is a graduate of the University of Barcelona, Spain.

A superb translator and cultural educator, Margie Fernández is a specialist in bilingualism, language acquisition, and education. She is also an experienced interpreter. Her strong grounding academic theory, research, and educational practice is a major asset she brings to her linguistic work.

3.4.18 Tonight, sometime around midnight, will mark the 300th anniversary of… well… how shall I put it?

By PABLO J. DAVIS Sunday, March 4, 2018 Tonight marks an extraordinary anniversary… of an extremely ordinary event, one that occurs millions of times a day around the world. ...

Enlace para español/ Click here for Spanish Dear reader, In this season, many a glass is raised and “toasts” offered. The word seems to come from an old custom of using spiced ...

Enlace para español/Click here for Spanish Dear reader, Recently your faithful servant stumbled across a recording of a song he had heard from time to time, but has now had a chance ...